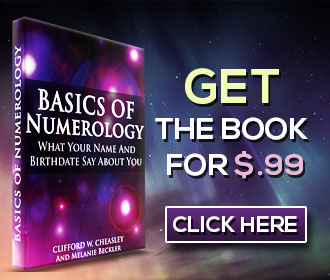 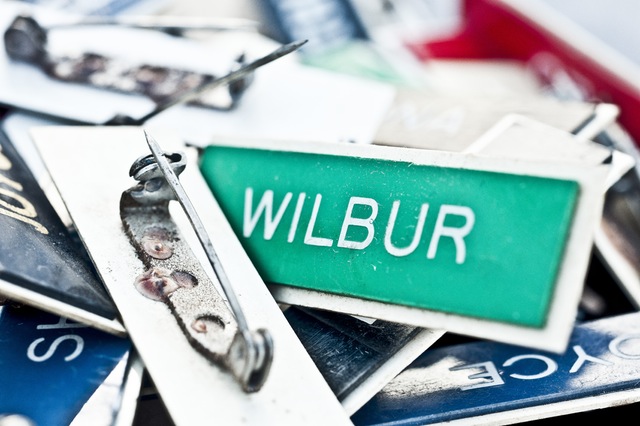 The first name in the series of two or three which with the family name comprise the complete name received at birth, carries in its letters and numbers a stronger indication to the nature of the real self, the ego. The vowels of this first name are therefore of special importance to the one who would read character by names and numbers, and the most important vowel of all is the first vowel of this first name.

The vowels used are a, e, i, o, u, so look for the first vowel in a first name and discover its meaning from the following explanations. The characteristic to which this first vowel is the key can be seen as a dominant note in the more inherent temperament of the individual. It is something which will be quickly recognized as peculiarly personal.

“A” as the first vowel

“A” is a letter of initiative, activity, self-mastery, makes for independence, is very comprehensive and original.

Those who have “A” as the first vowel are reflective because they tend to reflect the conditions that environ them on the mental, spiritual and the physical planes. They are particularly sensitive to harmony and disharmony. They must be allowed to work according to their own methods. When destructive, the individual expresses sarcasm and cynicism.

Always reason with and never try to drive an “A” vowel. They have a great deal of electrical fire in them and the atmosphere around them is often highly charged and full of motion. They have a fondness for music and dancing. Too much excitement and worry often register as sick-headache and the stomach is easily deranged.

“E” as the first vowel

“E” is the letter numbered 5, and 5 stands midway between the 1 and 9, the complete scale of Numerology, and therefore midway between the animal forces of nature and the spiritual forces above. “E” as first vowel is a sign of keen mental powers representing the law on one side and the liberty to obey or disobey on the other. The highest force of “E” especially if repeated several times in the name is towards art, literature, science, philosophy. With all “E” types the mental state greatly affects the physical health. Because this letter has a regenerative number of 5, it leads to a definite but not always constant interest in the opposite sex. There is also an inability to keep the attention to any one subject of conversation.

“9”, the number of letter “I”, is largely a law unto itself. “I” has strong vibrations. The individual desires to complete that which has been undertaken, to finish by sheer will and habit whatever it takes in hand. There is a repetition of activities and a necessity to do things over until perfection is reached.

“I” is distinctly an individualized letter, chafing under dictation and aggressively opposed to any attempt to limit their activities on any plane.

You may try to hold the “I” under the subjection of another's will, but the attempt will meet with ultimate defeat. Love is the only power by which the individual can be swayed and it is through the intense emotional nature that real activity is produced. “I” is an affectionate letter and responds to encouragement. When discouraged it becomes apathetic. “I” makes the individual sometimes oblivious to the rights of other people and leads to an insistence upon what “I” desires.

This type likes to hold a pen or brush. “I” will create if possible but can always copy well and likes to express through an instrument held in the hand. When denied creative writing “I” is still frequently found identified with forms of clerical work. Many people with “I” for the first vowel find themselves associated with publishing.

“O” as the first vowel

With “O” for the first vowel the individual is very disturbed if the will is opposed, yet when he does yield, he does so completely as he does everything else. The “O” is not so quicktempered as the “A”, unless the vowel “I” is also present, but when the limit of endurance has been reached, the atmosphere will indeed be black with threatening storm clouds.

“O” leads to reasoning. “A” flies to conclusions and, being intuitive, sees results quickly. The “O” and “A” individuals are both likely to be prominent in their respective spheres.

With “O” for the first vowel the individual is often restless and nervous around the hour of midnight. There is an appreciable quickening of forces, intensified and increased mental activity, which should be used for some work of a creative nature. Ideas and plans will come through easily in the early hours of the morning.

Sometimes “A” and “O” place the individual in the class of those who “know not that they know not.” They remain un-teachable until they come into the consciousness that there may be something more in life to learn, so are hard to convince.

“U” as the first vowel

“U” individuals make ideal guardians of children. They are especially good for kindergarten work.

“U” is often self-effacement, but they can suddenly surprise their friends by being very talkative, bold. This contradiction is sometimes caused by the presence of other vowels in the same name.

While the “A” leads to deep religious convictions, “U” is asking for spiritual enlightenment. Its attention is towards the unknowable and towards ideals that are somewhat beyond human comprehension.

When undeveloped the “U” first vowel will tend to hide the real nature behind a cloak of reserve, but because this vowel gives an intuitive knowledge of people, it leads to power through the ability to handle others.

Another dominant feature of personality will be found from noting what number out of the Numerological scale of 1, 2, 3, 4, 5, 6, 7, 8, 9 appears the greatest number of times when the complete name as given at birth is put down with its corresponding numerals.

In the above name, 1 appears twice; 2, not at all; 3, twice; 4, twice; 5, four times; 6, once; 7, twice; 8, not at all; 9, twice. The figure 5 is therefore the dominant note in this line of numbers which are understood to be the qualities of that part of the character which may be termed sub-conscious.

Any individual who has one of the nine numbers present in the name, as given at birth, more than three times, shows its influence as a sort of unconscious undercurrent to the general

personality. It will be easy to recognize this dominant though

unconscious trait and the individual will usually be able to

recognize it when it is brought to his attention.

Find this dominant number in the subconscious of your

own or another's full name, and learn what it means from the

No. 2 —Very patient, lots of tact and diplomacy. Not anxious to give decided opinions. Extremely sensitive, especially to surrounding conditions.

No. 3 —A strong and deeper urge to express criticism, express personal opinions. Impatient at delay, striving for perfection in self and in others. Love of pleasure. Ambitious for an audience.

No. 4 —A strong respect for family, home, country and duty. A somewhat restless body and mind that is always looking for useful and practical employment. Unromantic.

No. 5 —Changeable, playful, youthful, often a tease. Shows a definite passion for freedom of ideas and actions. Stubborn when personal liberty is threatened.

No. 6 —Strong inclinations towards finding a substantial occupation and association so that uncertainty in life may be reduced to a minimum. Trustworthiness, deliberateness in speech and action.

No. 7 —Reflective, somewhat unaware of the practi­cal everyday life. Enters business or the professions but has an attitude of detach­ment and aloofness from the daily task. Easily misunderstood and inclined to be annoyed and confused by words.

No. 8 —A strong will and determination to manage. Autocratic in demands upon people and upon life. Plenty of physical and mental courage but must be in control of situa­tions to be happy.

No. 9 —Strong humanitarian purpose in most things undertaken. Lots of affection but of a rather impersonal quality that attracts personalities but can enjoy them accord­ing to the phrase “Love is a revelation and not a possession. A definite leaning toward and ability in the arts.

The reader who is also the student of Numerology will have noted that there are very few names encountered with this dominant sub-conscious note of 2, 4 or 7.

The subconscious numbers of the name are a record of the past experience of the individual up to the entrance into the present life so that the reason why it is usually the odd numbers which are found predominating, is probably because odd numbers denote experi­ences of travel, pleasure, variety, romance and expression, while even numbers shows lessons in patience, details—2, hard work and little play—4; 7 denotes a lonely, isolated experience not consistent with desires of the human and animal nature, so this also might be considered a rare background to the personalities of most of us.

Sig. Exp. No. 1—Aggressiveness, initiative. The need of creating situations for the self, occupying isolated positions, and cultivating courage.

No. 2—Tact and diplomacy, need of mixing with all kinds of conditions, giving careful attention to details.

No. 3—Self expression; development of individual talents, social advantages and elevation of the personality.

No. 5—Versatility, precariousness and the unexpected in practical conditions, need of developing resourcefulness and adaptability.

No. 6—Accumulation and responsibility in practical conditions, need of developing thoroughness, sympathy and conscientiousness.

No. 8—Executiveness, authority, organization. Need of developing judgment and reason.

No. 9—Lack of concentration in practical activities. Need of tolerance, impersonality, breadth of vision and generosity.

Next, learn how to calculate your full numerology chart for free, here.